My parents created the Iron Curtain of established parameters when it came to how money was spent in our family.  Years of research and careful observation resulted in finally being able to decode the decision process they went through whenever my brothers and I asked for something.   In their financial methodology every potential purchase was contemplated in light of one or more of the following questions, depending on how soon they could arrive at a reason to say no:  Is there something at home that’s a perfectly good substitute?  Is it worth the gas money?  Would you be better off doing something else?

Since the “perfectly good” substitute was the most oft-used excuse, I will expand upon that one.  A perfectly good substitute, according to my parents, was anything in our home that sort of resembled what we wanted them to buy for us somewhere outside of our home.  Easy examples include:

At grocery stores, shopping malls, public parks, and anywhere else other kids’ parents were buying them stuff, our parents tried to sell the back-at-home alternatives with looks of incredulity, as if to suggest that any responsible member of society would have remembered every item we owned and its potential for functional malleability.  Their quantum approach to the concept of substitutes took its toll after years of living according to this spooky word-action at a distance.   Upon arrival at school one morning in sixth grade I was told my teacher had fallen ill and our class would have a substitute teacher for that day.  However, until I saw her with my own eyes I had no way of knowing if the substitute was a nice lady with a measure of experience in educating youngsters or an aardvark.  The “perfectly good substitute” didn’t have to be a member of the same species as the original–indeed, it rarely was–but my parents, to their credit, did aim to stay within the same kingdom.  We got as close as phylum on those days they felt especially generous. 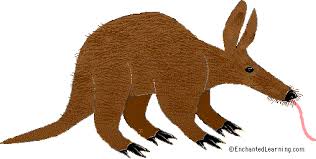 Perfectly good substitutes could sometimes be found at stores, but only on those occasions when we wanted brand-name clothes.   My mom had a knack for finding shirts, pants, and shoes that resembled a popular brand at the time, and she was a firm believer in clothing us in nothing but the very second-best.  If our hearts longed for a glaringly obvious knock-off of a famous brand everyone else was wearing, it was never further away than our closets.   Our friends’ parents threw away money on Ralph Lauren Polo Club shirts for their kids.   Why spend $60 when $10 would buy a shirt from the well-respected Raphael Lowman Stable Association collection?   Unfortunately, Raphael’s horse was caught in mid-trot, and since it’s difficult for an embroidery machine to capture the three dimensions involved in an action shot, the horse looked like it was missing a leg.  In real life this horse would have been put down, much in the same way I was whenever I wore one of Raphael’s shirts.

In the early 80s for several birthdays and Christmases I asked for a Members Only jacket.   I was drunk on the allurement of the semi-shiny material and the shoulder straps.  I recently learned those are more properly called passants.  Only the French could come up with something so exotic.  But most importantly this jacket signified that its wearer had finally reached that elite echelon where only Members were allowed to roam, conversing with other Members about the secret things in life that only Members knew about.  I wanted one.  I had to have one.   Then, on an autumn Saturday around 1983 my mother walked through the door, home from a shopping trip, emitting the kind of smile that could only be elicited by an incredible bargain.  “Guess what I found for $15?”  As I watched her produce the jacket from a discount store bag, I genuinely believed all my dreams had finally come true.  I did a combination run/skip kind of thing to my new jacket, admiring the cinched waistband, my first passants, and the unmistakable black tag on the front announcing my induction into Membership.  I should have known by the strained look on my mom’s face that something was amiss.  On closer inspection I realized my mom’s super bargain wasn’t a Members Only jacket after all, but a Lepers Lonely jacket, an apt description of both the way the wearer was treated and felt. 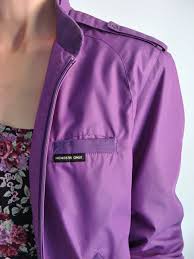 I really appreciate your feedback on anything I've written. Please feel free to comment. I try to respond to all comments in a timely manner. Cancel reply